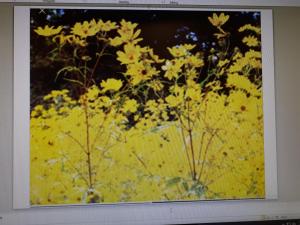 Today, Pagume 6 is the last day of Ethiopian year 2011; Ethiopia will enter the New Year 2012, Enkutatash, on September 12th.

As a Land of Origin Ethiopian calendar, unlike the Gregorian’s calendar is composed of 13 Months. While the 12 months have 30 days each, the 13th month named Pagume has regularly five (5) days but changes to  six (6) days every leap year, this year it has six (6) days.
As such, the Ethiopian New Year starts in September, or Meskerem in the local language, not in January.

The Ethiopian New Year holiday is known as “Enkutatash” which means the ‘gift of jewels’ as stated in legends.  “King Solomon of Jerusalem gave the Queen of Sheba jewelery during her  Historic visit to Jerusalem some 3,000 years ago. Her return to Ethiopia after receiving the gift coincided with the New Year celebration in September, and hence the name Enkutatash came to be.”

One of the reasons behind which Ethiopia celebrates its New Year during this month is that the number of daylight hours and nighttime hours happens to be exactly equal “in every part” of the globe once every September and the Sun and the Moon, which are used to count time, each set after 12 hours. The second reason is derived from Religious believe, which says that the creation of the Heavens and the Earth took place in September.

Ethiopians believe that the month of September shows different signs that explain the beginning of the New Year such as: the time where the blooming flowers are seen everywhere, the rainy and foggy weather leaves and start the pleasant sunny days.

During this holiday, a traditional song called  “Abebayehosh”  is performed by groups of Ethiopian girls who approach their neighborhood families to extend best wishes for the New Year and in return they receive blessings from the elders.