WHO responds to a Cholera outbreak in Katavi Region 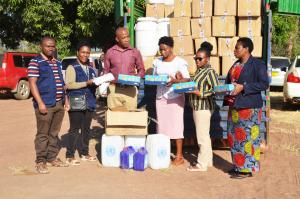 WHO responds to a Cholera outbreak in Katavi Region

Katavi, 29 June 2022 - The World Health Organization has provided technical assistance and critical supplies in response to a cholera outbreak in Katavi Region, in north-western Tanzania. The Government of Tanzania reported the outbreak on 18 April 2022 and by 26 June 2022, a total of 211 cases and 6 deaths were reported from Tanganyika district with - a case death rate of 2.9% which is above acceptable rate for an outbreak under control.

A national Rapid Response Team constituting experts from the Ministry of Health and WHO in the areas of: leadership and coordination, risk communication and community engagement, Water, Sanitation and Hygiene (WASH) and disease surveillance was deployed to conducted a rapid assessment together the regional and council health management teams.

Katavi, Rukwa and Kigoma border Lake Tanganyika and have all experienced cholera outbreaks over the past three years caused by limited access to safe and clean water.

Findings from the risk assessment also highlighted the need to intensify surveillance, increase access to safe water and sanitation, strengthen risk communication and community engagement activities and overall response coordination and partnership to address the identified gaps and challenges.

“WHO will continue to collaborate with the Ministry of Health and Katavi region to ensure that the ongoing cholera outbreak is prevented and contained to save lives of our people”, said Dr Faraja Msemwa during donation of the items.

Receiving the equipment and supplies, the Regional Health Secretary on behalf of the Regional Medical Officer, Mr Apollinary Mushi, said “This support is timely and will go a long way to support the region mount an effective response to the current outbreak and prevent future outbreaks”.

Located in the far west of Tanzania, Katavi region has an estimated population of 564,604 according to the 2012 Census. The region has three districts of Tanganyika, Mpanda and Mlele.

In line with the Global Task Force on Cholera Control roadmap, the WHO support focused on three strategic pillars which are early detection and quick response to contain the outbreak, multi-sectoral approach to prevent the recurrence as well as effective coordination mechanism for technical support, advocacy, resource mobilization and partnership at the regional and district level.

WHO, UNICEF, Tanzania Red Cross and Save the children as partners currently supporting the cholera response in Katavi region will continue to engage other stakeholders to effectively support the Ministry of Health and the affected region to contain the outbreak including mobilizing additional resources to enhance response activities in the affected as well as neighboring communities. 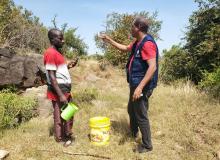