Fighting gender-based violence at the grassroots in Senegal 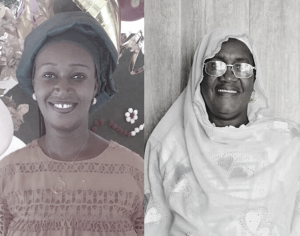 Fighting gender-based violence at the grassroots in Senegal

Dakar – Though separated by 100 km, Aitta Kébé and Maimouna Tamba are fighting for the same cause. They are both Bajenu Gox, striving to ensure that Senegalese women and girls enjoy a life free from gender-based violence.

In Wolof, Bajenu means father’s sister, a pillar of Senegalese society commanding trust and respect; Gox refers to the zone or location. Bajenu Gox, then, serve as local godmothers for women and girls.

“We’re elected by the community to be at the service of other women. To be Bajenu Gox, you must be a leader, a woman who cares deeply about others, and who can keep secrets,” explains Kébé, a resident of Kaffrine in central Senegal. “When women come to me, I listen and offer advice in their best interest.”

In the Sédhiou region, Tamba plays the same role.

“I see more than 100 cases of gender-based violence a month,” she says. “Some involve child marriages and early pregnancies, while others relate to sexual, physical, or verbal violence.

“Just a few weeks ago, a woman came to me because her husband was beating her daily, even in front of the children. She’d had enough, so the area chief sent her to me.”

According to Senegal’s 2017 Demographic and Health Survey, 27% of women aged 15 to 49 had experienced physical violence from age 15 onwards – in 55% of cases, at the hands of a husband or partner. The survey showed gender-based violence to be the most widespread yet least visible human rights violation: 68% of violence survivors aged 15 to 49 never spoke of it nor sought help.

In response, says Mingué Ndiaye Gacko, head of the Gender unit in the Ministry of Health and Social Action, the government is intervening at the community level.

“We rely on community groups to help survivors. The Bajenu Gox are at the heart of the community, and their support has been invaluable in terms of maternal and child health. Now, they’ve become active in the fight against gender-based violence as well,” she says.

In October 2021, the World Health Organization (WHO) helped organize three training sessions on supporting victims of gender-based violence in the regions of Kaffrine, Kaolack, and Sédhiou. Among the over 100 participants were regional Bajenu Gox, district medical staff and social workers.

For Dr Lucile Imboua, WHO Representative in Senegal, such initiatives offer the potential to bring about change in the lives of survivors.

“Women suffer most often in silence. We’ve seen how effective Bajenu Gox have been in detecting problems and earning victims’ trust,” she says. “By supporting the Bajenu Gox and other frontline actors, we hope to help them respond more effectively, improve case management, and ultimately work to prevent gender-based violence.”

At the national level, WHO had previously contributed to the development of a trauma guide and a case management protocol. The organization has also led high-level advocacy efforts to ramp up prevention of gender-based violence, as well as to improve survivor access to essential health care and social protection services.

“Our aim is for all girls and women to live in safety,” Dr Imboua says.

For their part, both Kébé and Tamba describe a marked improvement in their ability to provide support.

“Many of us have no formal education,” says Kébé. “Being able to attend sessions in Wolof has allowed us to step up our skills. We’ve learned to be better listeners and guides.”

Indeed, the country as a whole has made impressive strides in recent years to combat gender-based violence.

“We’re the only country of the sub-region with a gender unit in each department, and the only one with a dedicated gender strategy in place,” says Gacko of the Ministry of Health, acknowledging that much remains to be done to rid Senegal of sexual discrimination toward women.

“There are harmful practices so deeply rooted in our society that it will take considerable effort to dislodge them,” Maimouna says. “Take excision, for example: there are little girls who have been sexually violated, whose families go so far as to sew up their genitals in an attempt to ‘preserve their chastity’. Then when they grow up and are given to their husbands, those stitches must be surgically removed. Imagine then having to spend that very night with the man!” she adds, outraged.

Kébé, too, hopes for a fundamental change.

“Without a shift in mentality, girls will continue to suffer the unthinkable,” she says. “That’s why we’re here, finding the courage to fight these injustices until the day such violence ends.”

Until that day, she remains at the heart of her community.

“What we Bajenu Gox have in common,” Tamba says, “is our commitment to the cause of women and girls. We are their friends, their confidantes. They know that they can talk to us, that we’ll feel their pain without judgment. We’ll fight for them until the end.”