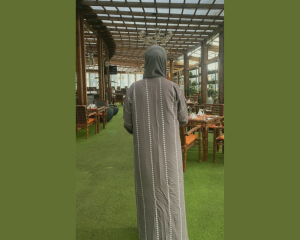 Meemuna Sadam* is a public health expert in the Somali Region in Ethiopia. Together with her colleagues, she raises awareness and provides education on female genital mutilation (FGM) to communities and also conducts advocacy actions targeting religious leaders.

Meemuna is also a victim of FGM. “I was only six years old when they cut and sewed me up. The pain was unbearable; I still remember the fear, pain and abandonment I felt.” In the Somali region of Ethiopia, girls usually experience FGM between the ages of 5-10 years.

The pain experienced at the procedure of cutting is only the beginning of a lifetime of pain and physical and emotional trauma for the girls. “The most painful experience I have ever had is of fistula, which happened when I gave birth to my second child. My child weighed 5 kg, and because of the scar tissue, the birth area had lost its elasticity, so I ended up with an extensive tear. The first seven days were very painful. The tear wound got infected, requiring long treatment with antibiotic, and even surgical intervention,” remembers Meemah.

In Ethiopia, two in three women aged 15-49 years (65%) have undergone FGM  (Central statistical Agency 2016). Female Genital Mutilation is more common in the Somali and Afar regions (99% and 91%, respectively) (Central statistical Agency 2016), and lowest in Tigray and Gambella regions (24% and 33%, respectively). Most of the FGM procedures are done by traditional agents and circumcisers in different communities and regions.

As a public health specialist, Meemuna often witnesses the ravages of FGM on the health of women and girls.

“My first case was a girl from Korehey Zone with a urinary problem and severe menstrual pain. She was 15 years old. She was referred to Degehabur Hospital, where a gynaecologist operated on her and opened her hymen. Today, she is 26 years old and about to get married. She is asking me to prepare a supporting document on the fact that her hymen was opened during an obstetrical operation because she is worried her fiancé might suspect her of unfaithfulness.”

In Ethiopia, there is a strong political commitment to end FGM. The country has decreed the practice as a violation of human rights. FGM has been included as a punishable offense in Ethiopia’s criminal code since 2004. Furthermore, the Government has renewed its commitment to ending FGM by the end of 2024. The Ministry of Women’s and Children’s Affairs was responsible for developing, in collaboration with partners, the road map for ending FGM and child marriage by 2025, which was launched by H.E. President Sahle-Work Zewde in 2019.

The World Health Organization (WHO) Country Office in Ethiopia supported the country in revising the Federal Ministry of Health protocol on the prevention and management of FGM complications. With the support of WHO, the country has conducted advocacy actions and convened partners to coordinate their efforts to prevent and manage FGM complications. WHO also provided support in the conduct of a situation assessment on the health sector response to the prevention and management of FGM complications in high-prevalence regions to inform a coordinated, context-specific response to the problem. WHO is supporting the Federal Ministry of Health in adapting indicators and developing a surveillance model through feasibility testing in selected health facilities.