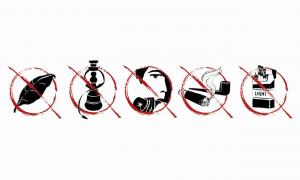 The Control of Tobacco Products and Electronic Delivery Systems Bill, approved by the Cabinet of the Republic of South Africa (the Bill) and published for public comment until Thursday 9 August 2018, is a highly comprehensive piece of tobacco control legislation. It is consistent with South Africa’s obligations under the World Health Organization Framework Convention on Tobacco Control (WHO FCTC) and brings South Africa back to the forefront of international tobacco control best practice.

The Bill comprehensively prohibits smoking, which includes using or holding an ignited or heated tobacco product producing an emission of any sort or using ENDS/ENNDS, in all enclosed public places, public conveyances and workplaces, enclosed spaces where children are present, private dwellings used for certain commercial activities and such outdoor public spaces as may pose a health risk in the opinion of the Minister or owner/controller of such a space. This ban is in line with tobacco control best practice to protect bystanders and children from exposure to harmful second-hand tobacco product emissions. It has been conclusively established that designated smoking areas are ineffective in preventing harms from second-hand smoke. Furthermore, the WHO FCTC reinforces the scientific evidence that exposure to tobacco smoke causes death, disease and disability and places an obligation on Parties to implement effective measures to provide protection from exposure to tobacco smoke in indoor public and workplaces, public transport as well as other public places.

Emissions from HTPs and ENDS/ENNDS have been found to contain toxicants, metals, nicotine (except ENNDS) and other harmful and potentially harmful substances. Evidence to date suggests that HTPs and ENDS/ENNDS generally contain lower levels of toxic substances found in cigarette smoke, but there is currently insufficient independent scientific evidence to conclude that they are less harmful than conventional tobacco products as their long term health impacts are as yet unknown.  In addition to this, there is no evidence to suggest that reduced exposure to these toxic substances translates to reduced risk in humans. Accordingly, to protect public health, such products should be regulated under tobacco control laws.

There is a fundamental and irreconcilable conflict between tobacco industry interests and public health policy interests. The tobacco industry has long operated with the express intention of subverting the implementation of public health policies that aim to combat the tobacco epidemic and devotes substantial resources and a wide range of tactics to weaken and interfere with the comprehensive implementation of the provisions of the WHO FCTC, including:

Evidence from these countries is that the adverse impacts claimed by the tobacco industry have not occurred and there is no reasonable basis for such arguments. Arguments that smokers’ constitutional rights will be violated have also been unsuccessful in industry challenges brought in other countries and are inconsistent with previous findings of South African Courts on tobacco control regulation in the interests of public health. Finally, suggestions that the increased regulation proposed by this Bill is unnecessary or trivial, fail to acknowledge the enormous social, economic and developmental costs of tobacco use in South Africa from increased healthcare costs, early mortality and morbidity and lost productivity.

South Africa is to be congratulated on a comprehensive tobacco control bill designed to effectively regulate existing tobacco products, as well as novel and emerging nicotine and other tobacco products, which shows leadership in implementing global best practice to address the tobacco epidemic.