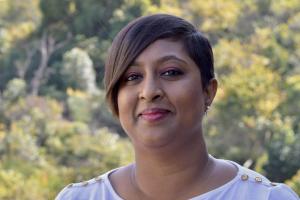 For 38-year-old Durban mother Klemmi Norris, the price hike that followed the introduction of South Africa’s highly anticipated – but also controversial – sugar tax was the last straw. Today, she has completely eliminated sugary drinks from her shopping list.

Pre-diabetic and with a diabetic grandfather, she said the new levy was the prompt that changed her mind set. Not only was she risking the health of her 9-year-old son, Ynez, but she was spending extra money she couldn’t afford.

Norris is the human face of what health advocates say is a major victory in their fight to curb sugar consumption via effective legislation aimed ultimately at significantly impacting the epidemics of obesity, diabetes and heart disease that are ravaging the population.

The Health Promotion Levy on Sugary Beverages (its full name) was introduced in 2018. The tax has reportedly slashed the beverage sector’s use of sugar by a third.

In monetary terms, the tax has generated a profit of R3.2 billion (US$ 214 million) in less than a year, say the latest Treasury figures. But the country’s health decision-makers are adamant that it is not the money that drove the decision. It is about the health of South Africans, like Norris.

“I stopped drinking sugary drinks a while before the sugar tax because I was diagnosed as being pre-diabetic. At first, I didn’t want to make the rest of the family ‘suffer’ with me, so I used to still buy them sugary drinks, at least on weekends,” Norris says.

“But when the price skyrocketed and I realized I could put that money towards feeding my family, I thought, that’s it. I asked myself whether I was prepared to see my son walk the same road towards diabetes as I was and realized the all-round cost was just too high,” she adds.

Staggering obesity cause for alarm

Dr Yogan Pillay, the South African Deputy Director-General of Health responsible for communicable and noncommunicable disease prevention, treatment and rehabilitation, pointed to the country’s staggering obesity statistics as cause for alarm. Obesity is a major risk factor for a variety of diseases, including diabetes, heart disease and cancer.

According to Diabetes South Africa, up to 70% of women and one third of all men in the country are overweight or obese. In addition, 20% of girls younger than 9 years are overweight. Diabetes – just one of the conditions associated with obesity – is now the “largest killer” of South African women, research by Statistics SA has shown.

Evidence from a University of Texas study reveals that many obesity-related conditions improve with a weight loss of as little as 5% to 10%.

Dr Pillay warns that obesity also weighs down the country’s economy. One estimate suggests the South African economy loses more than R700 billion (US$ 45 billion) a year as a result of obesity-related loss of productivity, absenteeism, presenteeism and medical costs.

The rise in obesity is a complex phenomenon. To address it, Pillay stresses, requires both shifts in dietary intake at an individual level and regulation, such as the sugar tax.

While the Department of Health has spent years engaging the food and beverage industries, leading to the sectors volunteering in 2015 to self-regulate 15 issues by 2020, Dr Pillay is clear that “we have to accept that self-regulation has its limits”.

“We are yet to formally and independently evaluate the extent to which these sectors have fulfilled their obligations to self-regulate, but a cursory review of what is being sold shows little real change,” he says.

“We need a combination of government regulation, responsible action by the food and beverage industries as well as individuals working together to ensure a healthier South Africa,” Dr Pillay advises.

Has the tax changed behaviour?

To see if the current levy is indeed changing how much sugary beverages South Africans drink, researchers at the Centre of Excellence in Food Security are conducting a survey in the Langa community in the Western Cape.

That study involves three rounds of surveys, with around 2 500 households per survey. The first survey was conducted just ahead of the introduction of the tax, the second six months later in August and September 2018, and the third leg in February and March of this year. More than just looking at consumption, it also explores people’s attitudes towards the tax.

It is a complex study that seeks to account for a range of variables, explains Rina Swart, a professor with the School of Public Health at the University of the Western Cape, who is leading the research. And such is the volume of data that it will take some time still to make sense of it all and see if there are pronounced changes in consumption, if at all.”

At this early stage, Swart is only willing to say of the findings, “People want and like the idea of government doing things for their health. But when policies are implemented, they don’t always find it so desirable,” she notes with a smile, “because now, all of a sudden, it impacts their pockets.”

In a submission to the South African parliament in late 2016, Tolullah Oni, an associate professor with the School of Public Health and Family Medicine, University of Cape Town (UCT), noted that people from low-income households were particularly susceptible to gaining weight as a result of consuming sugary drinks. South African children aged 9–10 years, she pointed out, drink an average of 254 Coca-Cola products per year (the global average is 89).

These South Africans are the same ones who are particularly susceptible, research had shown, to noncommunicable diseases, such as obesity and heart disease.

South Africa’s beleaguered sugar industry is a somewhat lone voice of opposition in the sugar tax arena, predicting earlier this year, when the tax was raised, that revenue losses of R925milion in the 2018–19 marketing year were anticipated. An opposition political party, the Democratic Alliance, also emphasized that at least 1 000 jobs had been lost and that hundreds of thousands more were in jeopardy.

The Treasury has dismissed the figures as “guesswork”.

At the beginning of August, the Financial Mail quoted Ismail Momonlat, Deputy Director-General at the Treasury, as saying that while he was concerned about job losses, he believed structural issues in the industry, along with imports from Swaziland and Brazil, were having more of an impact than the sugar tax.

Companies that have reported negative impact from the sugar tax include Selalj Sugar, Illovo Sugar and Tongaat Hulett. They say the sugar tax has resulted in a larger proportion of production needing to be exported at low international prices.

Ironically, Norris said she had experienced both sides of the coin. Her husband, Lynton, 42, was recently laid off from a contract job in the sugar industry after the company restructured its operations.

“Maybe the sugar tax is costing them [the industry], but in my family, our health must come first,” she says. 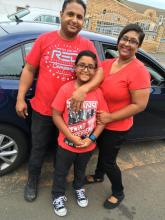