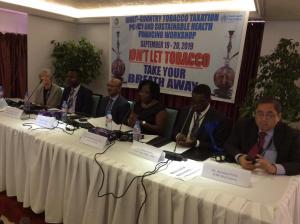 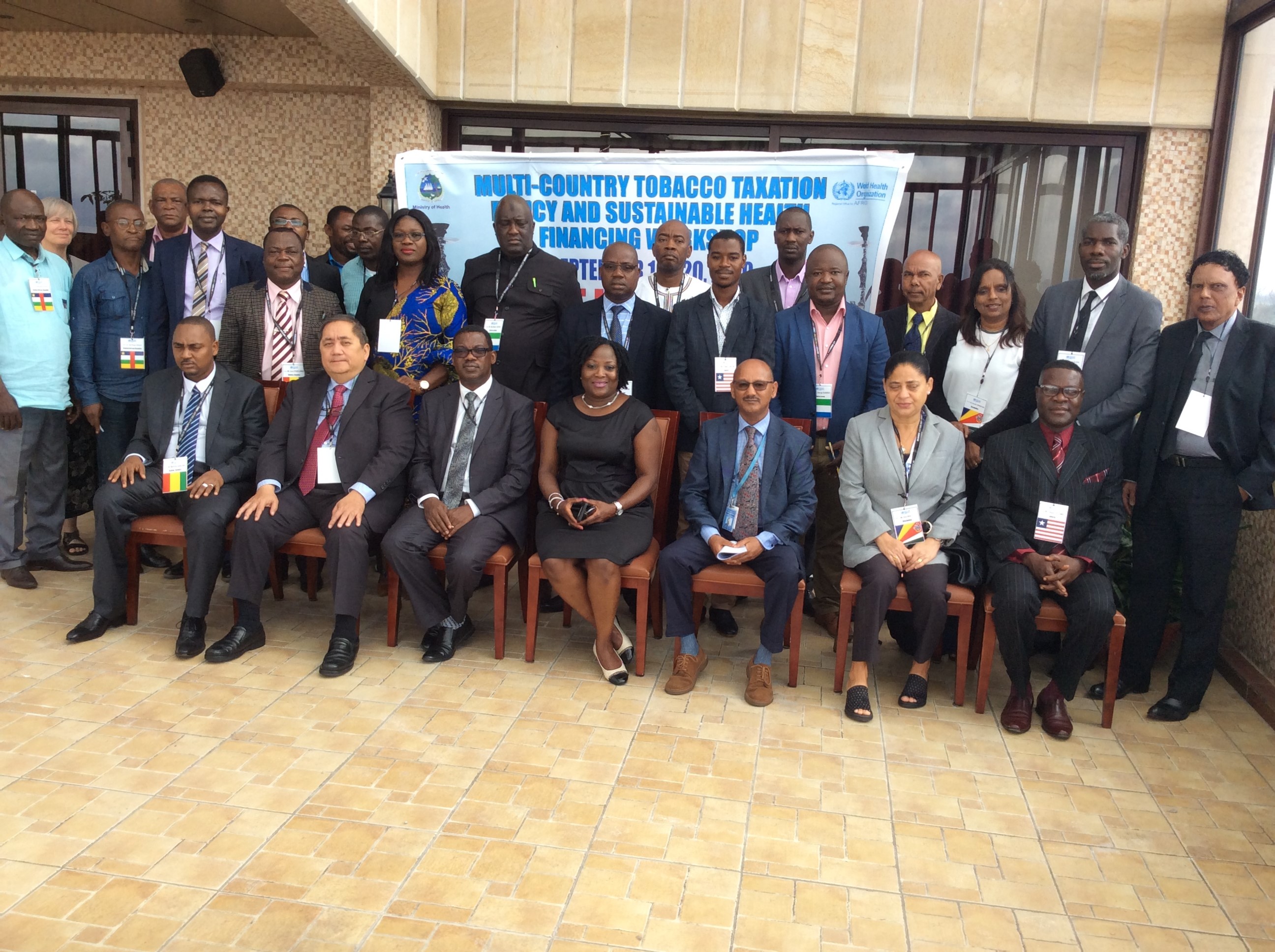 Monrovia, 9th October 2019:  The World Health Organization Regional Office for Africa (WHO AFRO) convened a high-level two-day workshop on tobacco taxation and sustainable health financing in Monrovia, Liberia from 19th to 20th September 2019. The participants at the workshop included focal points for Tobacco Taxation and Tobacco Control in the Ministries of Finance and Ministries of Health from selected countries in the Region including:  Nigeria,  Sierra Leone, Mauritius , Seychelles, Guinea, Central Africa Republic, Cameroon  and Liberia  to help  improve health, strengthen their present tobacco tax policies and increase revenues by identifying “best practices” for tobacco taxation.

The workshop was officially opened by the Deputy Minister of Health for administration, Ms. Norwu Howard, in the presence of Representatives from the government of Liberia, WHO AFRO Project Officer for Tobacco Dr. William Maina, and the Acting WHO Representative for Liberia among others dignitaries.

In her opening remark, Ms. Norwu Howard said, Liberia has taken some significant steps in the implementation of the WHO Framework Convention on Tobacco Control. Min. Howard disclosed that, the 2018 Excise Amendment Reform Tax Law has changed the rates on tobacco and tobacco products from what she termed as “ad valorem” to “specific”. According to her these measures taken by Liberia are ways forward and have set the stage to further increase taxes on tobacco and tobacco products, thereby generating revenue and reducing the use of tobacco among the general public.

Speaking during the opening of the meeting, Dr. Mesfin G. Zbelo, WHO- Liberia Acting Country Representative said that, over eight (8) Million people are killed every year in the world from tobacco-related sicknesses. Dr. Zbelo highlighted that, tobacco use is a major contributor to increased incidence of non-communicable disease such as; cardiovascular diseases, cancer, diabetes and chronic lung diseases. According to Dr. Zbelo, these diseases are the leading causes of deaths and disabilities globally. He then pledged WHO’s commitment to working with relevant stakeholders toward the reduction of tobacco and tobacco products intake.

At the end of the workshop, participating countries agreed on a clear roadmap to accelerate ratification and accession of the protocol.  It is expected that following this workshop, there will be increased government commitment to ratifying or acceding and implementing the Protocol in those countries. 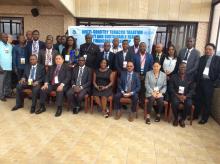 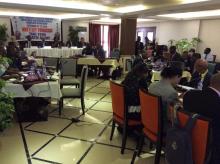